Eighteen months ago we at the Waterside Hotel and Leisure Club wanted to try and get companies and businesses in Didsbury to get active and have some fun in the name of charity, and so began the Didsbury Business Games.


Deciding on The Christie as our charity was an easy decision as it is very close to many people’s hearts in the local community, so we invited some other organisations to get on board and become founding partners. 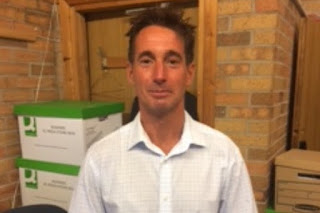 The response was incredible and very quickly we had Towers Business Park, Tenpin Bowling, Didsbury Sports Ground, Food Sorcery and Parrs Wood High School on board to make the games a success.


In just six weeks we raised £7,000 – way more than our £5,000 target. As a result of such positive feedback, we knew we should make it an annual event and we were determined to make the 2018 games bigger and better.


Taking shows like The Krypton Factor and the Crystal Maze as a loose basis, we developed a set of games that would include both mental and physical aspects to make sure everybody could join in the fun. The games ran every Wednesday for six months with points awarded for each round.


The 2018 winners of the Didsbury Business Games were Booth Ainsworth and the final table can be viewed here: www.didsburybusinessgames.co.uk/leaderboard/


As well as earning points for competing in the challenges there were bonus points for fundraising efforts which we were helped with by Jen Bailey from The Christie charity.


Everybody had such a good time and really bought into the spirit of the events and we managed to raise more than £14,000 which was really incredible as we had set a target of £10,000. As well as raising the money we have all made new friends and to get out of the workplace for such a rewarding experience has helped all of us.


All the funds are going to support proton beam therapy research. This will help to make sure that the new high energy NHS proton beam therapy service opening this year at The Christie will remain at the cutting edge of treatment for decades to come. Previously, patients have had to travel to other countries for this therapy so it is great to be able to support research into such a vital new service.


For more information about the Didsbury Business Games or to register an interest in the 2019 games, please contact info@didsburybusinessgames.co.uk  - we’d love to have you on board.
Posted by The Christie at 14:03 No comments: