My experience of having breast cancer has been an education in patience, humility and gratitude 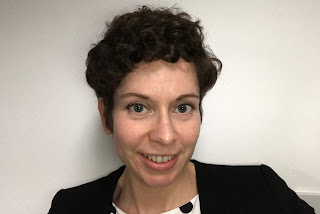 I'm an oncologist at The Christie. In August 2017, during the last month of my maternity leave, I was diagnosed with breast cancer. My experience of being on the other side of the consultation desk will shape my future career and it has helped me to understand what goes on for patients. It has been an education in patience, humility and gratitude.

I learned that cancer is not a battle, hair loss does matter, and even doctors like me can’t prepare for the effects of chemotherapy.

Initially, I was plagued by memories of the patients I had discharged home or to the hospice for end-of-life care. Thankfully they are few – but they are the ones I remember.

First, there were the well-meaning stock phrases which I myself had so often used as a doctor:

“You’re so brave; you can fight this”. Really? Yesterday I was a 34-year-old clinical oncology trainee and mum of two, and today I’m a professional cancer warrior? Cancer didn’t feel like a fight to me and I won’t be asking my patients to go into battle in future.

I have prescribed countless cycles of chemotherapy throughout my career, but still, there were some surprises. For example, intravenous dexamethasone given for nausea makes your bottom tingle when administered. Subcutaneous filgrastim to boost white cell production stings if you give it straight from the fridge.

The biggest ego-bruising revelation was learning who makes the difference. As the doctor prescribing the treatment I always felt my role was the most crucial. For the patient, however, it’s the healthcare assistant who smiles when you walk in and gets you seen on time; the volunteer who brings you a cup of tea; the complementary therapist who offers reflexology and a chat during treatment; and the nurse who gets the cannula in at the first attempt.

I had never visited the Maggie’s centre at The Christie as a doctor, but soon discovered a welcome haven for myself, my friends and family away from the bustle of the hospital.

Hair loss is something we often gloss over in busy clinics. I have been guilty of simply handing over a wig leaflet as the patient walks out of the door. It matters. It changes a person’s whole identity. I worried what my children would think and that it made me look like a victim. In the end, my daughter said: “Mummy, you’ve got no hair like Grandad Pete” and carried on making her Disney princess puzzle. For me, a recommendation from a colleague for a local hijab stylist was a game-changer. Embracing the new world of turban tying and styling helped me to feel confident with my radically different appearance, look less like Grandad Pete and keep that victim behind closed doors.

It was no surprise that chemotherapy was gruelling. The first part of the treatment was predictable, but it was tough trying to fit housework, spending time with family and friends and exercising into the three days I felt well.

The second half of the process was a treatment affectionately known as the ‘red devil’ among cancer bloggers. Four hours after the infusion I felt an overwhelming need to lie down and sleep. Such extreme tiredness that brings you to tears is something I hadn’t experienced before. Giving patients permission to be kind to themselves in the first few days after treatment and not expecting to function anywhere near normally is something I will take back to the clinic.

There was just time after the final cycle to recover and begin preparing for surgery. Finding out that post-surgery bras are VAT exempt felt like a considerate concession from the government and high street retailers – and another tip to pass on to patients.

After surgery, I was very pleased to receive a physiotherapy leaflet in my pre-operative assessment and an invitation to a group session to ensure that arm movement was maintained. With scarring, the arm can become stiff. There was no way I was going to be that patient who couldn’t get their arm above their head and into the treatment position for radiotherapy. Thankfully the militant physiotherapy paid off and my radiotherapy planning scan went without a hitch.

I have heard the end of treatment bells ringing out in the department over the last three years and I have sometimes offered a clap or cheer if I was passing. As I rang the end of treatment bell for myself, I appreciated what it is to do so. The concept of the bell is a fantastic innovation, brought back to the UK from the USA by a family who had been there for proton beam therapy treatment and set up their own charity. The bell helps many patients mark the end of their gruelling chemotherapy and radiotherapy treatments.

For me, the bell also marked the start of my transition from being a patient back to being a doctor. As a result of my experiences I hope I can appreciate more what patients go through and understand what a difference all the dedicated and caring members of the NHS machine make to the patient experience, despite all the pressures they face.

Victoria Lavin is a clinical oncology trainee working at The Christie. She tweets @vjplested 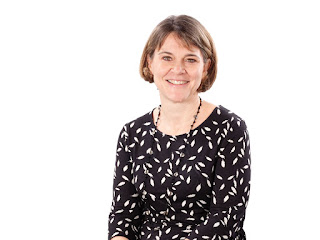 It’s been an exciting few months recently as my colleagues and I at The Christie, collaborating with researchers throughout the world, have made some important discoveries relating to the treatment of older patients with small-cell lung cancer.

Small-cell lung cancer is a type of cancer that we diagnose in around 13% of all people with lung cancer. This type of cancer tends to spread quite quickly and many of our patients are diagnosed at an advanced stage. Unfortunately, despite a lot of advances in the field, survival rates have not significantly improved. To address this challenge, my team and I at The Christie have been doing research aiming to find better treatment options for these patients.

This week, The Journal of Thoracic Oncology has published the age analysis of the CONVERT trial which specifically looks at the outcomes of older patients in the trial compared to those of younger patients.

The CONVERT trial was an international clinical trial in which 547 patients with small-cell lung cancer that had not spread outside the chest, received radiotherapy delivered either twice-daily over three weeks (standard treatment) or once-daily at a higher dose over six and a half weeks (experimental treatment). All participating patients received standard chemotherapy together with radiotherapy.

The trial recruited patients from the UK, France, Spain, Belgium, Poland, Slovenia, Canada and the Netherlands and closed in November 2013. We have been analysing the results ever since and the publication this week is a very important step forward in our knowledge of the disease and the best way to treat it.

A large proportion of the patients we see in our clinics are over the age of 70. Unfortunately, there isn’t a lot of robust information coming out of clinical trials regarding which treatment options are safe and effective in older patients. In the past, patients above the age of 70 or 75 have typically been excluded from clinical trials. This was mainly because of strict criteria excluding patients with a number of additional medical conditions or those on a lot of medications. The lack of information makes it more difficult for both the patients and their doctors to reach the best possible treatment decisions. With this in mind, we looked at the outcomes of patients that were 70 years old and above, who participated in CONVERT, and compared them to those of patients younger than 70.

My colleague Dr Marianna Christodoulou has been instrumental in analysing these results. Her work identified that out of 490 patients in total, 67 were 70 years old and above. The results in this age group were very promising, demonstrating similar survival times and side effects from treatment between the older and younger groups. Encouragingly, the proportion of patients in the older group that had life-threatening infections, needed to stay in hospital or have blood transfusions was not significantly higher compared to those in the younger group.

The CONVERT trial is the largest randomised trial to date investigating treatment combining modern radiotherapy and chemotherapy in patients with small-cell lung cancer that has not spread outside the chest. Being able to demonstrate that these treatment options are possible, safe and effective in older patients in the context of this trial will influence clinical practice, and benefit older patients with this disease in the future.

Perhaps the most important take-home message of this analysis should be that selecting patients for such intense treatments should be very careful. In this study, most patients in the older group who tolerated treatment did not have any other significant medical conditions or restrictions on their daily activities. In patients who are less fit, more information is needed as to which treatment options are best and firm conclusions cannot be drawn at the moment. Furthermore, only three patients in CONVERT were above the age of 80, preventing us from making treatment recommendations for this group. The design of more clinical trials that specifically look at the outcomes of older patients will be an important step for further research.

Dr Christodoulou and I are very pleased with the results of the study and the interest shown amongst the lung cancer research community. We would like to thank everyone involved in the CONVERT trial for their tireless, hard work and dedication.

Dr Christodoulou presented this work in 2016 at the 17th World Conference on Lung Cancer and won the Heine Hansen Lectureship Award. This was a fantastic tribute in recognition of the hard work the CONVERT trial team has put into this large collaborative project.

The study was funded by Cancer Research UK and was developed with, set-up and co-ordinated by the Manchester Academic Health Science Centre Clinical Trials Unit.

Posted by The Christie at 20:37 No comments: